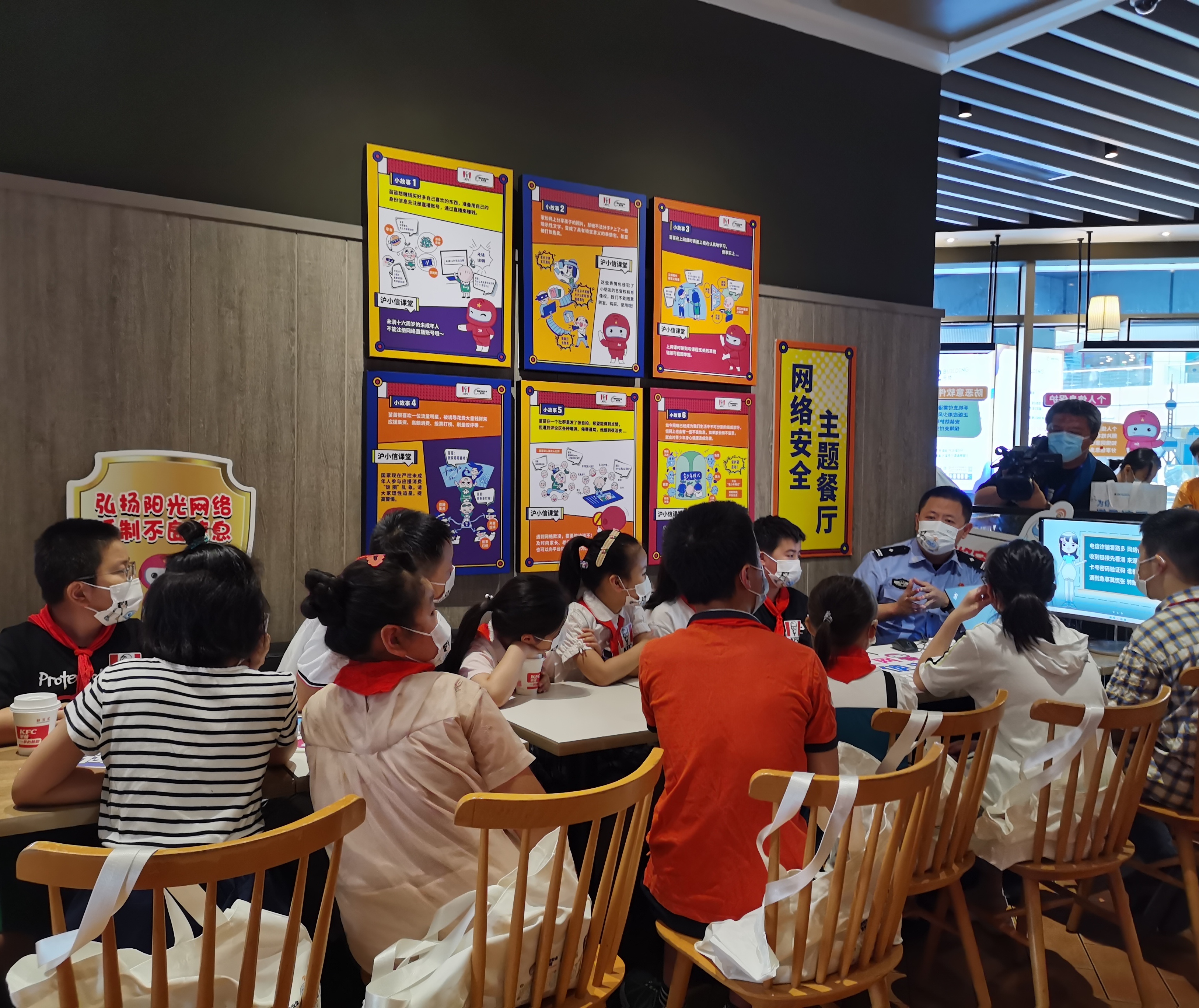 A police officer shares cybersecurity knowledge with young students at a themed restaurant in Yangpu District.

Shanghai hosted a cybersecurity event on Tuesday ahead of the annual China Cybersecurity Week to promote Internet security and warn the public of risks like telecommunication fraud and privacy leaks.

Shanghai will screen short videos, host lectures, and invite youngsters to a cybersecurity-themed restaurant during the Cybersecurity Week, which will be held between September 5 and 11, while officials from leading Internet firms will promote Internet knowledge.

“Shanghai is using digital technologies to improve city management and convenience so that citizens are aware of the need for cybersecurity,” Yang Haijun, chief engineer of the city’s Internet information office, told the opening ceremony of the event in Yangpu District, where many Internet firms are based.

A series of short videos were released during the event on Tuesday. They cover common Internet traps involving mobile payment, game security, privacy leaks on apps, password settings, and social safety. More such videos will be made and screened at elementary and middle schools in Yangpu.

Livestreaming and online classes have become routine for students since the COVID-19 resurgence early this year. While enjoying the convenience of the Internet, young people also face various cybersecurity risks, Miss Omniscience, a famous web host, said in a video.

During the latest episode, the host warned: “There is no free lunch in the Internet world.”

She asked students to refrain from joining unknown Wechat groups that claim to provide cash awards.

The city’s first cybersecurity-themed restaurant opened at a KFC in Yangpu, where posters and cartoon signs about Internet safety are displayed. Police officers frequently invite children to watch a simulated cyberattack or to share cybersecurity knowledge in the canteen.